A day when all the ladies are honored and everything is flowers and sunshine all around.

Let’s not forget the ones who have lost their moms. Motherless daughters. It could be that a woman has lost her mother to death a short time or a long time ago…the pain of being without a mom never completely goes away. Or the Motherless mother who has just been trying so hard to figure out how to be a mother when she had no model of what that looks like.

A woman could be the product of a deep dark family secret. Or she could be adopted into a wonderful family but the curiosity of knowing her biological mother is there. What about the woman who deeply misses her mom because she was too young to remember her. Maybe she died when she was a young child or during childbirth. And what of the woman who longs for the mom she can remember as a child, but the monster of Alzheimers took her to another place and she was left with the shell of the mom she once knew.

What if she’s an orphan because her mom abandoned her as a child or even disowned her as an adult because of a disagreement that spun out of control. Some people are totally estranged from their mother and there’s pain on both ends. Maybe the daughter knew the mom until she was a teen, and then divorce, abuse or incarceration took her away? What about the gal who would have really enjoyed marriage and children but it didn’t work out that way.

Infertility could have been a cross she had to bear. There’s a possibility of a father who abducted his own children and took them away from their mother. Those children miss their mothers greatly. And what family has not been affected in some way by the dreaded cancer. It could have taken the mom, grandma or precious daughter out of the family. Some women have lost children by crib death, sudden unexplained death, miscarriage, birth defects or accident. 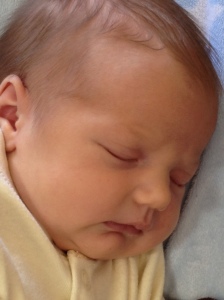 She cannot wipe that many tears away.

Some women had a mom, but she was emotionally absent. She had to become the responsible one, and be the caretaker for her own mom. The aunts and grandma did the best they could but it just wasn’t the same. And speaking of that, some ladies had to take care of their physically or mentally challenged mom. They can’t celebrate because it has always been painful. Maybe a woman is 70 years old, but her mom who was her best friend, just passed away. It doesn’t matter whether a woman is 5, 18, or 70, it still is your mom.

Moms are moms. No one can grasp that except a woman who has gone through the loss. Time helps, but never completely heals the scab of a mother loss. Mothers day can be the worst day of the year for some. There has never been anyone to go to those mother-daughter banquets with, because there’s no mother, daughter, or grandmother.

I’m sure there are many other scenarios which I have not mentioned. Everyone has their own story and I have only heard of some, by interviewing women,  or just listening to the news. These situations happen to moms, daughters, grandmothers, and granddaughters in a variety of mixed up ways, and role reversals.

Let’s keep them in our thoughts and prayers and try to be careful on Mother’s day because it is just not that simple for a lot of women. This is a messed up world. We’d like to think otherwise, but it’s just not.

Praise God for the mentors, the grandmas, the aunts, big sisters, the friends, the dads who tried to be both parents. Thank you to the adoptive mothers who took in the orphans. Glory be for the ones who have been prayer warriors to the lonely women and put their arms around them in many ways.

She might need you to listen to her story because no one else ever has.

Let’s look for a girl, teen or woman who needs a hug, an understanding conversation, a flower, a card, or simply a smile.

Do you know of a story, so we can be more sensitive this year?

Myrna is an author who desires to use her gifts to glorify God. She's created this blog to tell stories of her childhood, musings about life, motherless daughters, grief and loss, faith in God, her family history, and facts about the Long QT syndrome. She also has a hearing condition called Tinnitus. Doing interviews with motherless daughters like herself are of great interest. Join in discussions by following this blog and commenting. She would love to hear your stories about life. Myrna is a Christ follower, wife, mother, sister, friend, aunt, and cousin. She was an elementary school teacher for 27 years; now works in her church, and a few other volunteer activities such as Hospice doing "Life Reviews" and Vigils. Myrna loves to read, write, listen to music, go to concerts, and take pictures. Her favorite pastime is boating with her husband near the beautiful shores of West Michigan.
View all posts by Myrna Folkert →
This entry was posted in Childhood, Death, Family, Grief and loss, Hope, Mom, mother loss, Motherless Daughters and tagged death, family, grief, grief and loss, hope, loss, loss of mother, mother, Mother's Day, Motherless daughters. Bookmark the permalink.